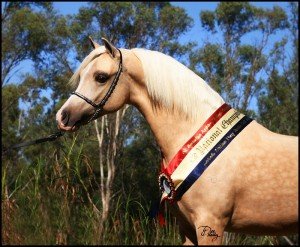 This was an especially exciting result, as Jimmy followed in the footsteps of his full sister Ablue Moon’s Stairway to Heaven, who was awarded Australian Champion Arabian Pony Filly in a huge class in 2015.  Like Jimmy, she was the top score for her class, as well as comparative Champion. What a family!

No comments to show.